Iron Deficiency and Hair Loss – How can you Prevent it

It is normal to lose up to 100 strands of hair daily as 2-3% of our hairs are always in the shedding phase, where the new hair replaces the older one. However, if you are shedding more than usual, it is a possibility that you are suffering from a hair loss condition.

Recent studies revealed that iron has much to do with hair growth and the deficiency can shrink the production of hair follicles. While there exist some iron supplements to overcome the iron deficit in the body, getting it through the diet is the best way to prevent hair loss and hair thinning.

The lower level of iron in the blood can also enhance the ongoing hair loss condition. It prevents the blood from carrying oxygen to the different parts of the body, which may induce several irregularities including hair loss.

Here are some signs and symptoms of a person who is iron deficient.

The primary symptom of an iron-deficient person is that he feels exhausted most of the times for no significant reasons. It is not the easiest symptom to detect as most of the people might think that their exhaustion id due to the routine activities. If you feel exhausted and low energy so often, then you need to consult a doctor as the iron definiteness can trigger many irregularities including hair loss.

One can determine the iron deficiency of a person by just looking at his or her complexion. Hemoglobin adds the color red to your blood, which gives your skin that reddish look. If you look pale, there is a possibility that you are suffering from iron deficiency, about which you need to do something.

Gets short of breath easily

If a person gets short of breath easily, even after walking for a few minutes, it is a possibility that he or she is suffering from iron deficiency.

When you have lower the levels of oxygen in your blood, you often get out of breath, even by doing an easy task. The hemoglobin is responsible for the blood’s ability to carry oxygen to different parts of the body, the lower the production of hemoglobin in the blood, the lower the amount of oxygen every oxygen receives. Since iron is required for the production of hemoglobin, its deficiency may lead your body to several irregularities.

If you are losing clumps of strands for no apparent reason and the condition is accompanied by the above symptoms, it is obvious that you are losing your hair due to iron deficiency.

When you are suffering from iron deficiency, your blood fails to supply enough amount of oxygen to the hair follicles, the follicles become weak and tend to shed.

To get professional assistance you can avail our free consultation offer by just filling in the form below. 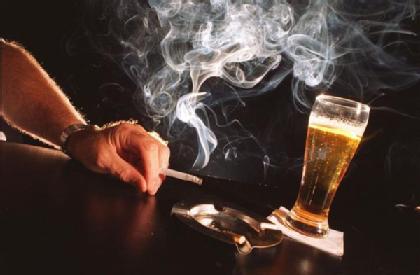 Bad Choices that are thinning your hair