Appearances are everything in showbiz. Looks are as essential as talent to become a superstar in the film industry. Actors need to have both in order to make it to the top. And even if they have made it to the top, they cannot stop maintaining their looks and polishing their talent. It is inevitable for their survival in the industry. So, a celebrity cannot afford to get wrinkles or become bald if they want to remain in the top league.

In order to maintain their appearances, celebrities like Salman Khan often undergo cosmetic procedures such as hair transplants. If you have to be on television, with people scrutinizing you all the time, you always want to look good. Their profession requires them to appear flawless, but age affects them too since they are also humans. As a result, they start losing hair, and their skin becomes saggy. Therefore, celebrities usually decide to undergo hair transplants and other cosmetic procedures to appear young and flawless.

Nowadays, a number of celebrities in Hollywood and Bollywood undergo cosmetic procedures, and Salman Khan is one of them. The Bollywood sensation has been ruling the industry for decades. However, a few years ago, the 55-year-old actor suffered from excessive hair loss and decided to undergo a hair transplant in Dubai. Below, we have shared his experience with hair transplants. 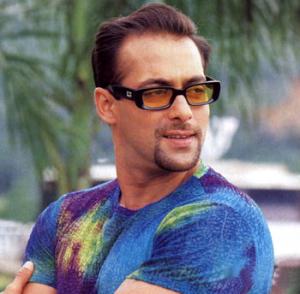 Salman Khan is a popular Bollywood actor, born on December 27th, 1965. He has a huge fan following along with the other two famous Khans of Bollywood, Shahrukh Khan, and Amir Khan.

Besides being a popular actor, Khan is also a decorated producer, television presenter, dancer, scriptwriter, and philanthropist. He owns a charitable organization known as the Being Human Foundation. His foundation is dedicated to working for the education and healthcare of the people. He is highly appreciated for his exemplary efforts to contribute to society’s overall well-being through this foundation. 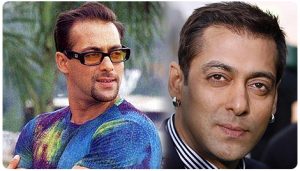 Everyone knows about the Indian Bollywood actor Salman Khan. The veteran actor has been in the Bollywood film industry for almost three decades. Moreover, Salman Khan has been a part of several Bollywood movies. With the actor making it into so many movies, his receding hairline could not go unnoticed.

While being in the industry for all these years has significantly increased his followers, it has dramatically reduced his hairline. Due to this, he decided to get a hair transplant in Dubai to restore his hair.

Similar to plastic surgeries, hair transplants can be easily noticed by going through the before and after photographs. In the case of the Bollywood star, pictures taken in 2002 show signs of hair loss. However, the most recent photos show healthier hair.

Salman Khan underwent his first-ever hair transplant in 2003. It came as a shock to the fans as he sported a bald head in his 2003 movie, Tere Naam.

Although the procedure yields excellent results, it has a downside that it leaves a visible scar at the donor site. Due to this, the superstar was not satisfied with the results. So, ultimately, he ended up shaving his head completely to make the scar less visible.

After his first unsuccessful experience, the Partner star decided to get a hair transplant in Dubai in 2007.

After the procedure, he was satisfied with the results because it didn’t leave any visible scars. Moreover, there were no sutures, so recovery was quick. He also got natural-looking results in a short time.

He underwent his third hair transplant at his farmhouse in Panvel, India. However, he chose hair transplant surgeons from Dubai for his procedure. They performed an excellent job and helped him achieve the look that he sports today.

Nowadays, his hair appears natural and real due to the exceptional job done by the surgeons. Moreover, their density has also improved.

Salman now has to work for hair maintenance on a daily basis. If you have undergone a hair transplant, it does not mean you stop taking care of them. Similarly, Salman Khan also has to take care of his hair, or else he might face the same problem again.

Excessive hair loss can affect anyone, even celebrities. Due to this, the number of celebrities undergoing cosmetic surgeries is significantly increasing day by day.

If you are impressed with Salman Khan’s hair transplant results and want to undergo the same procedure, consider our clinic. We have expert hair transplant surgeons who can help you with this procedure. So, fill out the Consultation Form below in order to schedule a FREE consultation session with our team of experts.