The Stages of Hair Loss

The most common form of hair loss is Androgenetic alopecia or male pattern baldness. It’s commonly linked to the genetics and hormonal imbalance. In this type of hair loss, hair follicles are genetically oversensitive to the dihydrotestosterone.

DHT hormone is produced by the male hormone testosterone and it causes the hair follicles to shrink with the passage of time. And leads to the hair thinning and ultimately to balding or total hair loss.

Other Factors which cause Hair Loss:

Aside from hereditary factors which cause hair loss, there are non-genetic hair loss factors too. Like the intake of certain medications, stress, and nutritional deficiencies.

Symptoms of the Male Pattern Baldness:

There are 07 hair loss stages in male pattern baldness which are categorized using the Norwood scale.

In stage 1, the hairline starts to recede.

In stage 2, a change occurs to the hairline region. Very mild hair loss begins to appear at the front part of the hairline.

Early signs of hair loss are noticeable in stage 3, as the hairline starts to recede at the temples as well.

In stage 4, the hairline is prominently receding from the front parts of the temples and the forehead. Increased hair loss at the crown region also starts in stage 4.

Only few hair follicles are left on the head in stage 6. And a horseshoe-like shape is formed at the center of the scalp due to baldness.

It’s the most advanced stage of hair loss and in this stage, only sparse hair remains at the back and sides of the head.

Crash dieting, hormonal imbalance during menopause or after pregnancy, the habit of making tight hair up-dos such as the tight ponytail, braids, bun or cornrows are some of the common reasons due to which women get affected by hair loss.

Symptoms of the Female Pattern Baldness:

Female pattern hair loss typically appears with gradual hair thinning on the crown region with a widened parting. And the hairline is not affected, unlike men.

But sometimes, female pattern hair loss can show its signs by excessive hair shedding before the prominent hair thinning is observed.

The female pattern baldness starts from the hair thinning at the crown region of the head.

Overall hair thinning is the most prominent symptom of hair loss.

If you are observing these symptoms of hair loss then it’s very important to visit a hair transplant surgeon and get his help to cure your hair loss in time.

Use of Medications or a Hair Transplant to treat Hair loss: 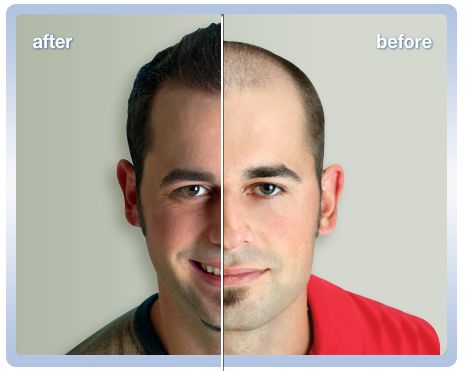 What is Mesotherapy and How Can It Help You?